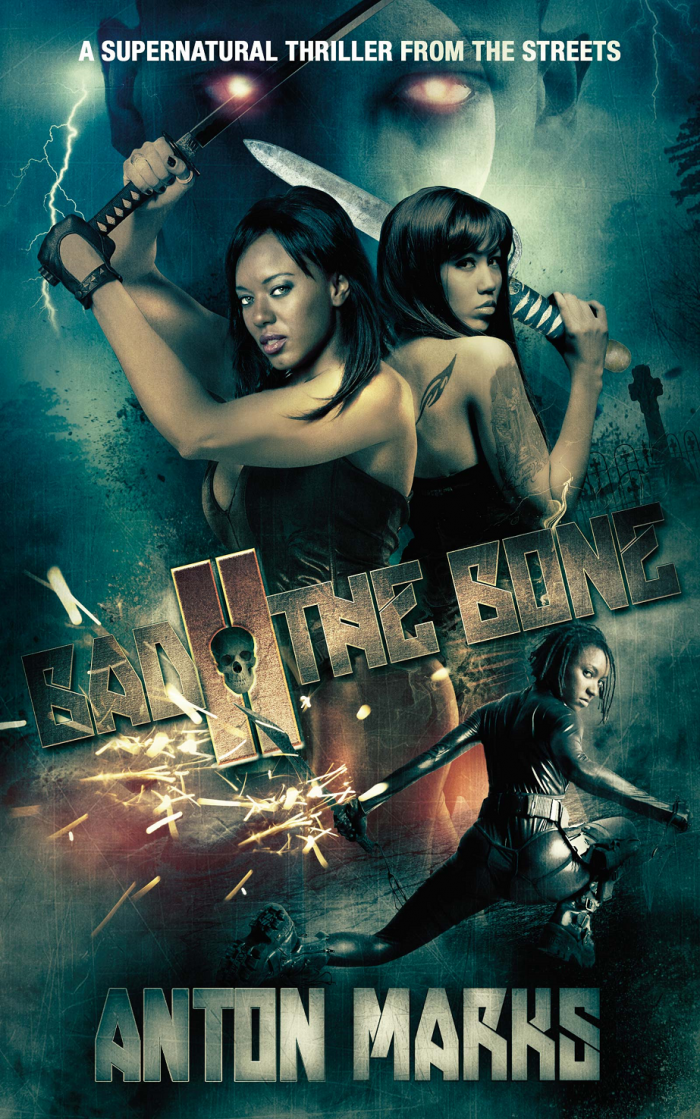 Beauty is only skin deep but evil is Bad to the Bone. Yvonne Y Sinclair, Suzanne Suzy Wong Young and Cleo Patra Jones are three ordinary women who share an inseperable kinship and extraordinary mystical powers. They have an itch to scratch that only financial freedom would give them. Bad II the Bone – was to be that freedom. An emporium of health and beauty providing everything the 21st century woman needed to shine. But when Y’s ex steals their seed money, higher powers intervene and set them on their true course. They have been ordained with the power of the Watunza Mwanga – legendary guardians of the light who have protected the balance between good over evil since civilization began – and they are compelled to continue in that rich tradition as modern day bodyguards. They cross paths with Spokes – a successful club promoter who is the catalyst for supernatural murder and mayhem on the streets of London. Enoch Lacombe aka Darkman – a Jamaican Vodun of unspeakable talent – was settling old scores with a power that was ancient and terrible in an orgy of bloodshed. Spokes has something he wants and he is cutting a bloody swath through the cities criminal underworld to get to him. Their mission now is to keep Spokes alive – a key to their destiny – but that was easier said than done. They may be the chosen warriors of the light but when Darkman unleashes hell on earth Bad II the Bone with the aid of smooth Detective Inspector Winston Shaft McFarlane, must face their greatest fears to stop a tidal wave of evil.