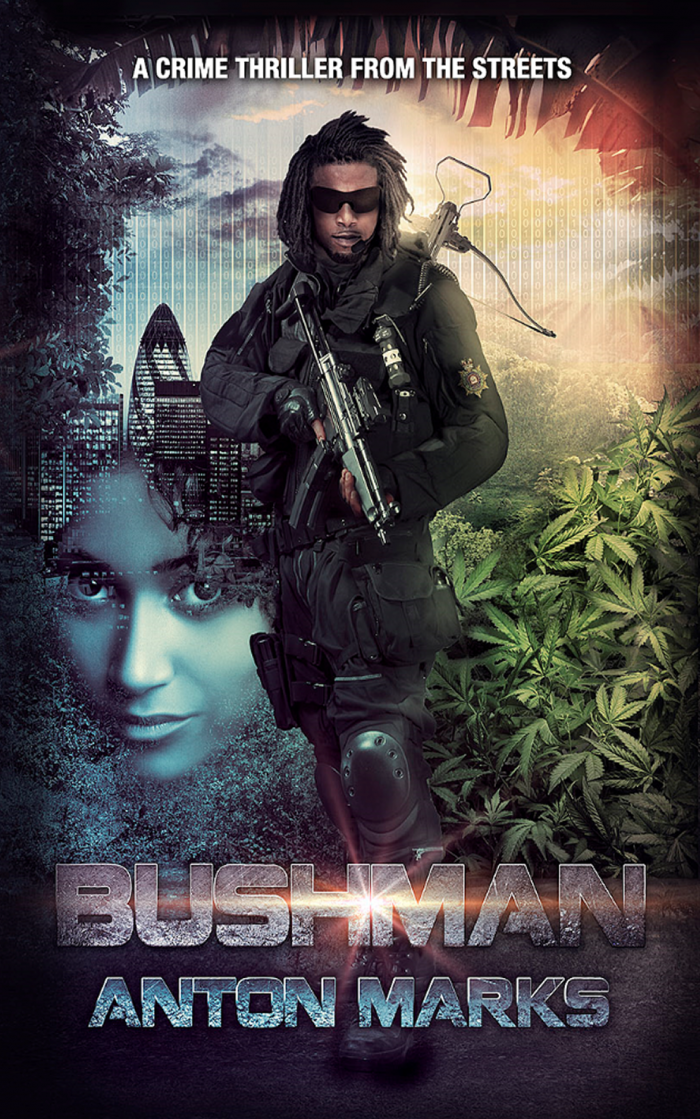 Omar Watson aka Bushman is the military intelligence of Jamaica’s best kept secret but after a change of government, a change of allegiances and his unit is locked down, their existence denied. His world disintegrates further as his girl – Precious Jackson – leaves him for Everett his brother. Omar disappears from public view for his own safety; he grows his locks, changes his features with plastic surgery and starts a fresh on his ancestral land in Westmoreland, his past life a memory.

Everett is a financial genius in London who has devised an A.I controlled algorithm that can make him win more times than he can lose on the stock market.

It seems that Everett was playing the dangerous game of mixing his legitimate business with the schemes hatched by the savvy new set of London villain, thinking he could invest their dirty money and not get tainted.

He is about to pay the price for his naivety.

Everett is kidnapped and forced to use his skills to help bolster the flagging fortunes of a desperate drug baron Roberto Giannini or the investor’s family dies.

Bushman drops everything, leaving Jamaica for London but is totally unprepared for gang warfare between two feudal families, one of which was holding his brother. Having no choice but to play the deadly games he finds himself involved in, Bushman faces up against the capitals new breed of gangsters and prepares to do battle.

Find his brother before they kill him, protect Precious and her daughter and keep his raging emotions for her in check.

The odds are against him but he wouldn’t have it any other way.

London was about to experience a bout of law enforcement, Yard style.