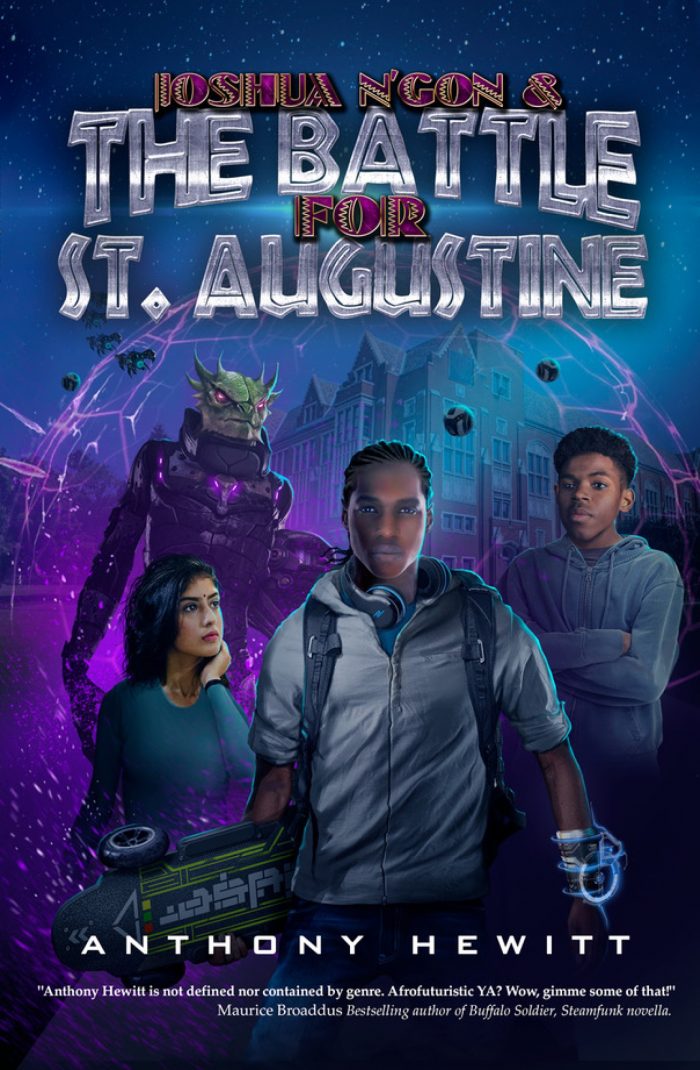 Joshua N’Gon and his friends, Zion, Meena, and Brick, have had a summer holiday to remember.

Imprisoned and blown up.

While Joshua is one step closer to finding out who he really is.

After surviving attempts on their lives from the shadowy super Tech company Black Axis Enterprises – BAE, Joshua, and his friends return to school wiser and more suspicious than ever.

They have a right to be.

Kanu Umbekwi, the ultra-secretive trillionaire founder of BAE knows Joshua’s gifts and his alien heritage. He knows the Last Prince has access to an alien power source that will make him the most powerful businessman on the planet.

He will stop at nothing to discover his secrets. Secrets even Joshua knows nothing of.

Exploiting their huge resources BAE recruit shape-shifting aliens, the Ophidian Spawn to attack the St.Augustine School. But his super technology and his genius for invention are not enough, Joshua and his friends can’t rid their school of the invaders alone. The young inventor sets out to recruit a group of crazy school mates to stop Interstellar Terrorists and an evil Trillionaire from holding St. Augustine to ransom.