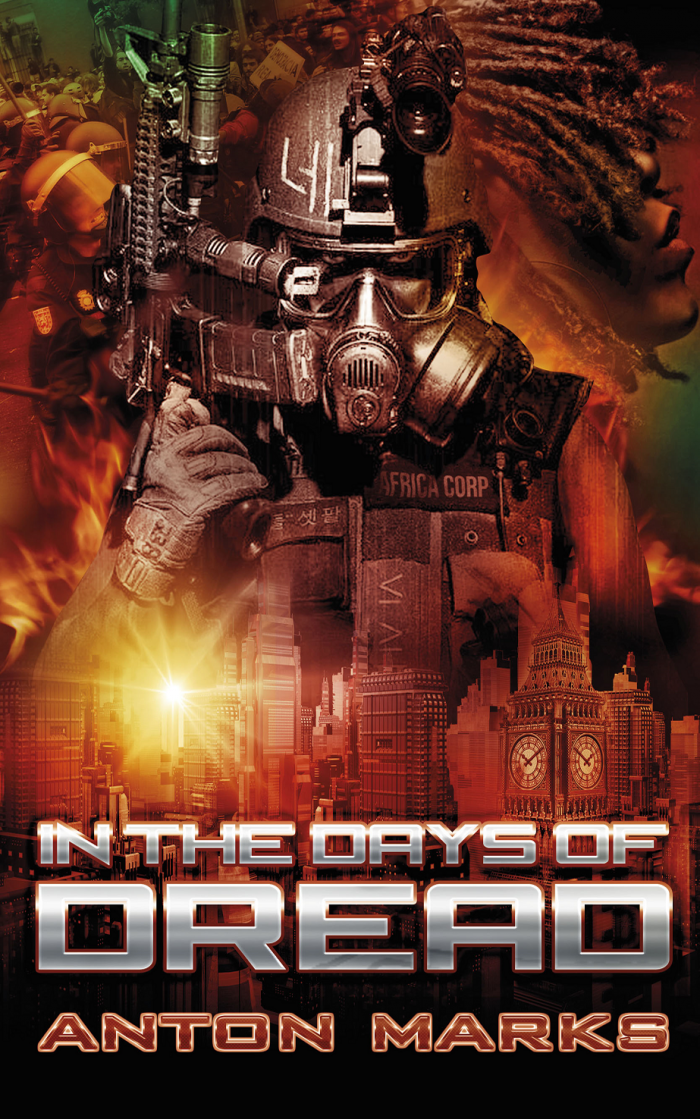 In the Days of Dread

On the streets of a future London, race hate gangs have been waging a bloody war for years. A united Africa and a struggling European Union have fuelled a dangerously twisted sense of patriotism amongst a desperate few. In a city gone mad two people were searching for sanity amidst the confusion. Yasmeen Beyene – a beautiful Rasta historian is facing a series of tragedies in her life that are more than mere misfortune. Asim Marshal – Ex lieutenant of Special OP’S Africa, has returned from the bloody conflicts on the continent to rebuild a family he nearly destroyed. They both meet at a family reunion and are inexplicably drawn to each other. But their relationship is to be tested to its core by a family history Yasmeen knows nothing about. A history that goes back to the formation of the Nation of Ras Tafari twenty-five years ago. An evil leader that wants to become the symbolic figurehead of Rasta worldwide – his ultimate destiny – and who craves Yasmeen’s blood to succeed. He has killed relentlessly before and would do so again. Only Yasmeen’s determination to find the answers, Asim’s battle hardened skills and a long dead Rasta mystic can save them against a demagogue who will let nothing stand in his way. War Inna Babylon!